Since ancient times aromatic herbs and medicinal plants have been used by our ancestors with great wisdom to cure diseases.

This Herbs has been importants for the discovery of different medicines that we use today made from plants.

Currently, communities, especially rural ones, use them, accumulating ancestral practices of selection, management and conservation of knowledge that they have transmitted from one generation to another.

Learn how to prepare our Super Herbs 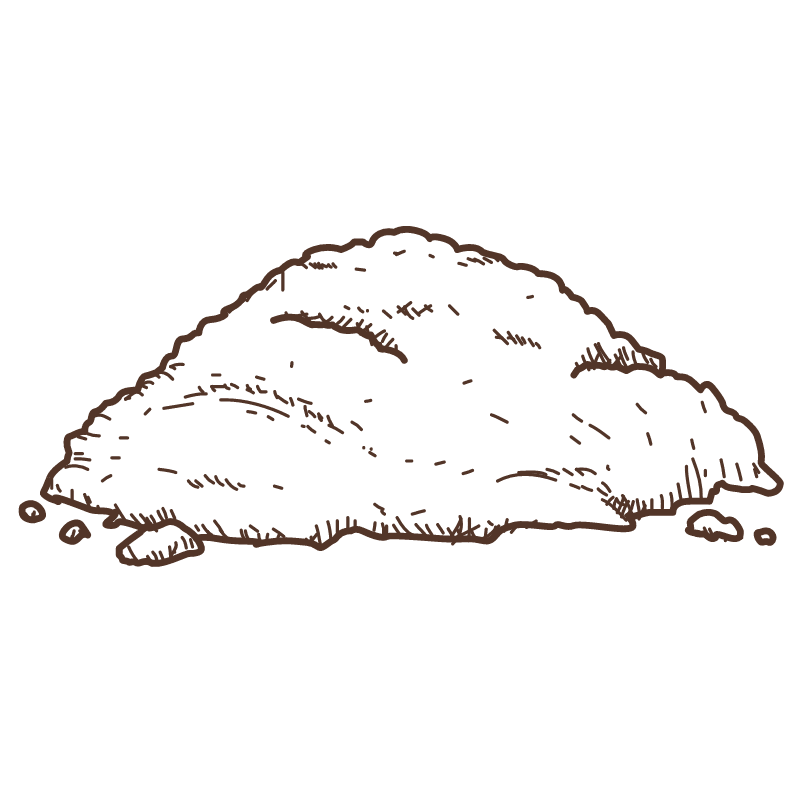 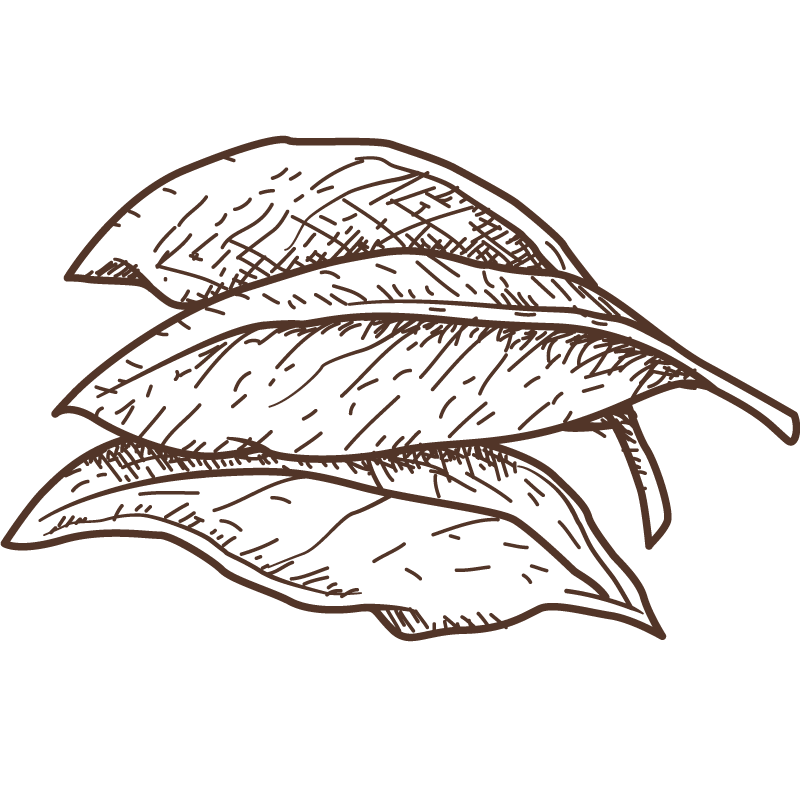 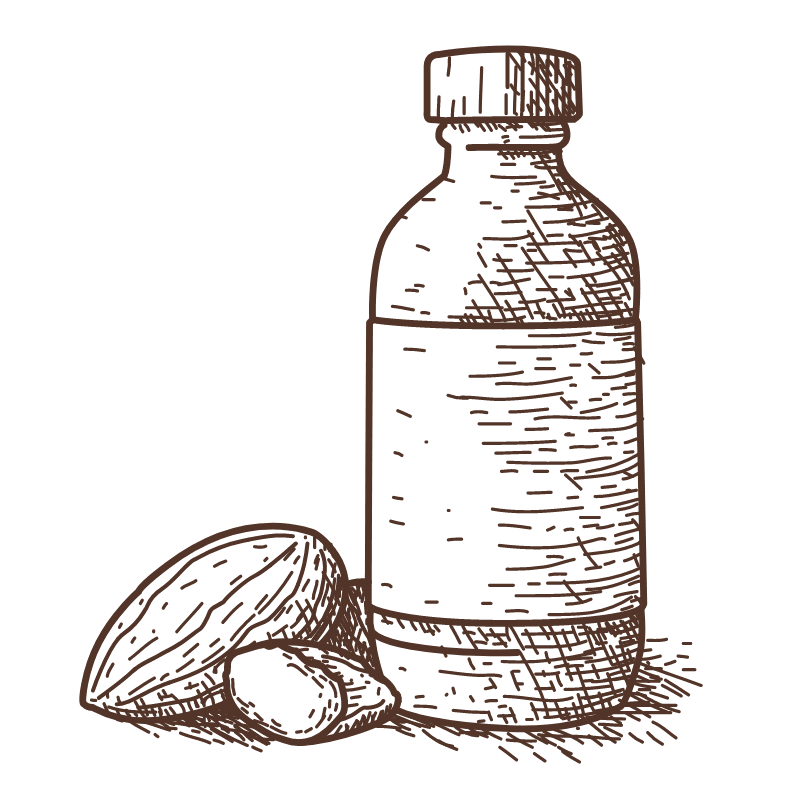 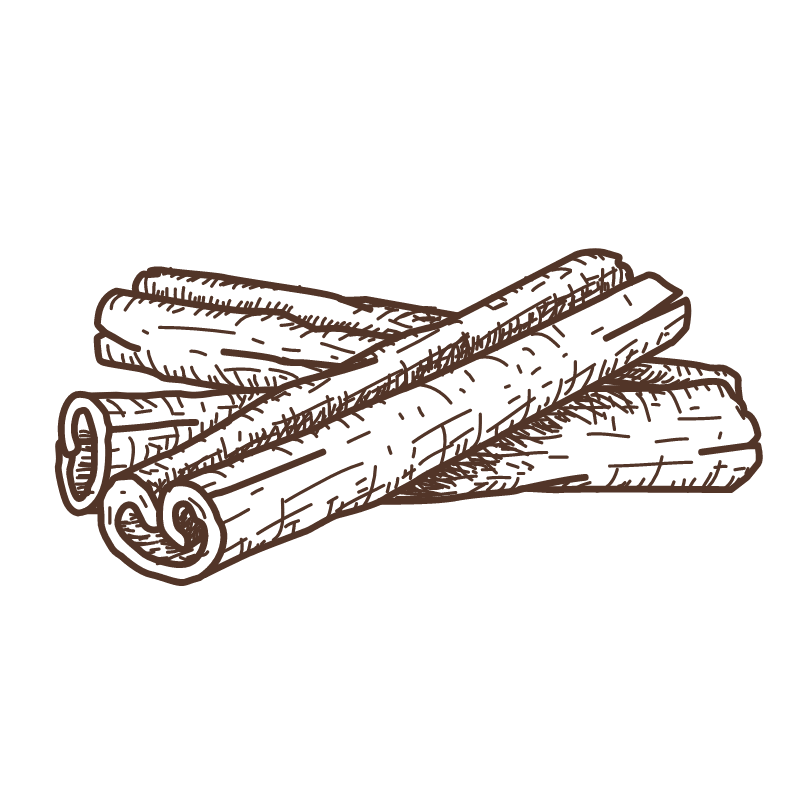 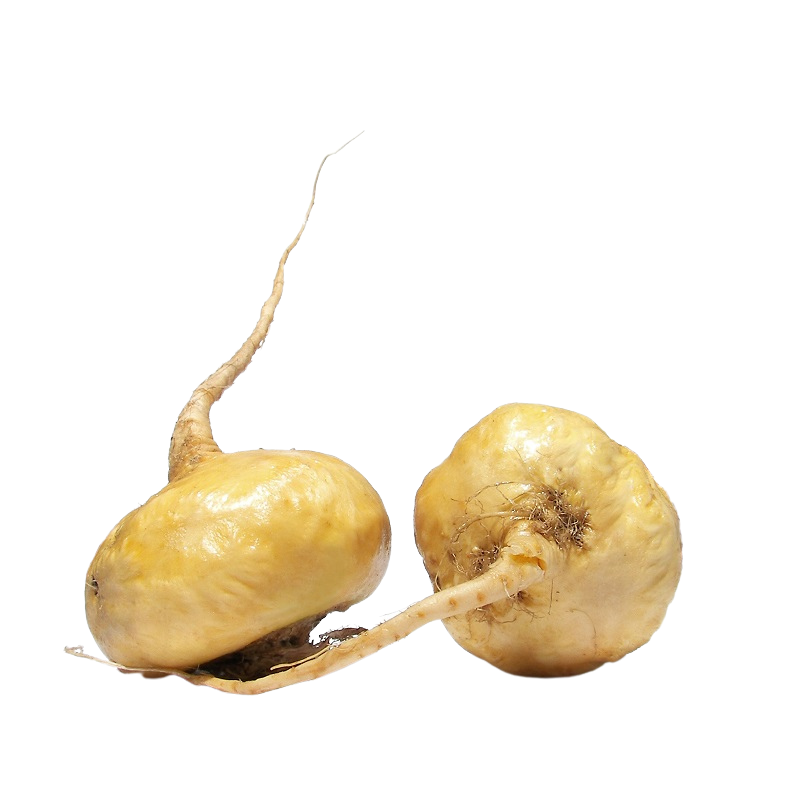 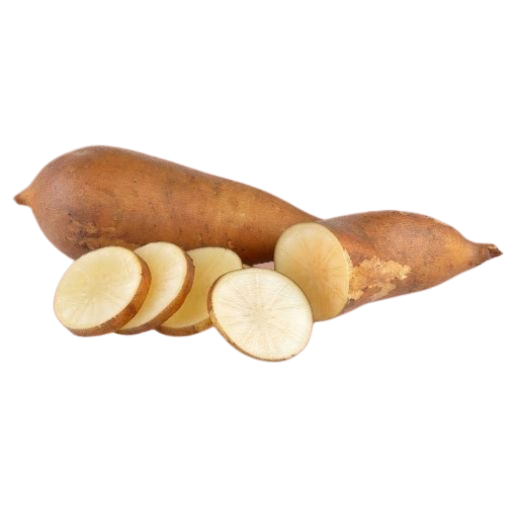 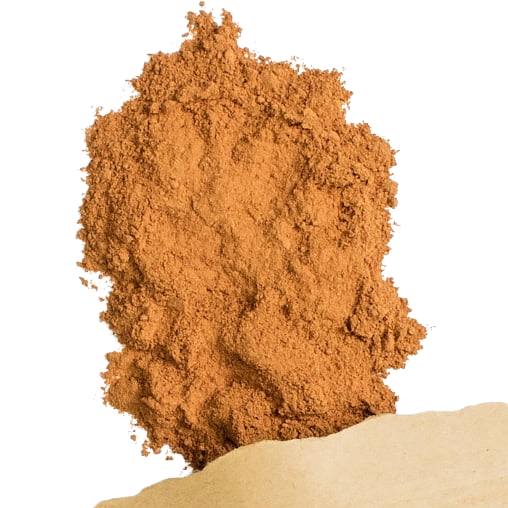 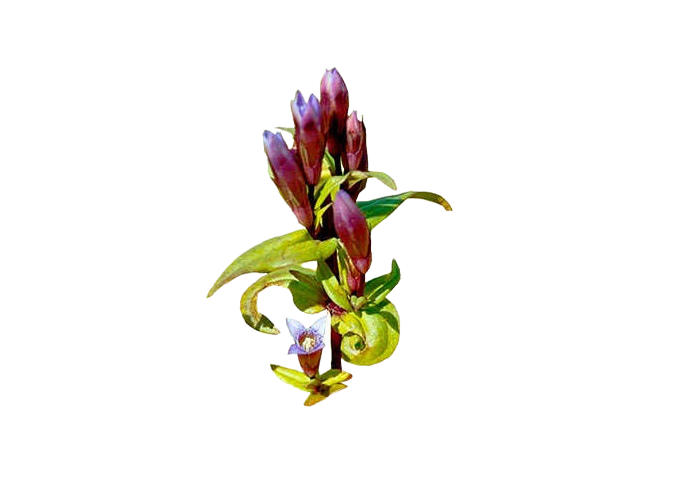 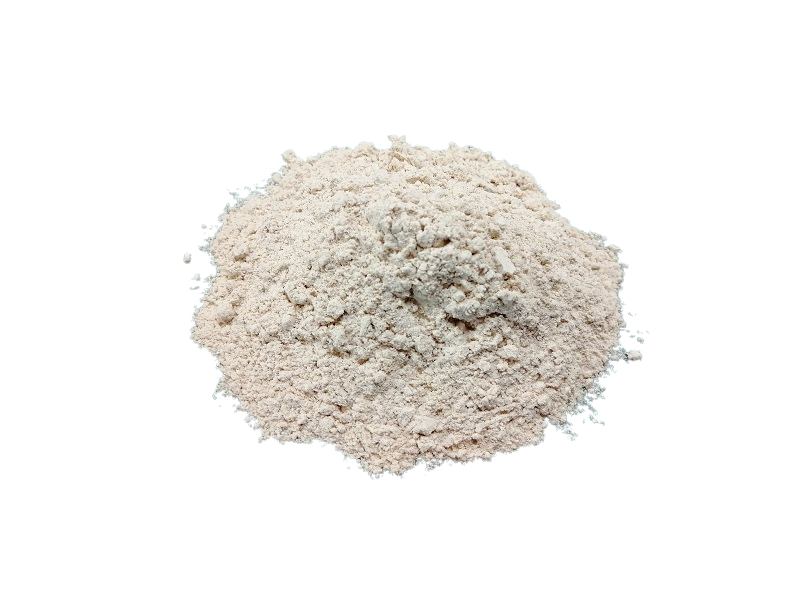 Maca is a Peruvian root that is consumed as food in the central Andes of Peru. People consume it from the firsts months old and young people and adults in the area work in agriculture and livestock demanding tasks over 4,000 meters on sea level. At this altitude energy demand is more than twice that required at sea level.

– It’s energizing for mental weakness.
-Regulatory changes as a result of menstruation and menopause.
– Relieves insomnia.
-Relieves decreased hearing and vision.
-Suggested to heal the mental and physical balance.
-It helps reduce stress.
-It increases the body’s own immunity.
-Strengthens the immune system.
-It’s an aphrodisiac product.
-Fight male impotence.
-Fighting infertility in men and women.
-Strengthens the body’s hormonal system to promote and maintain optimal health.
-Recommended to increase vitality in the elderly.
-Improving the condition of osteoporosis. 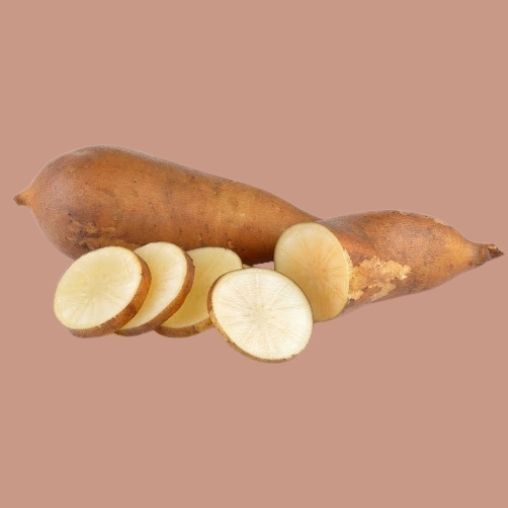 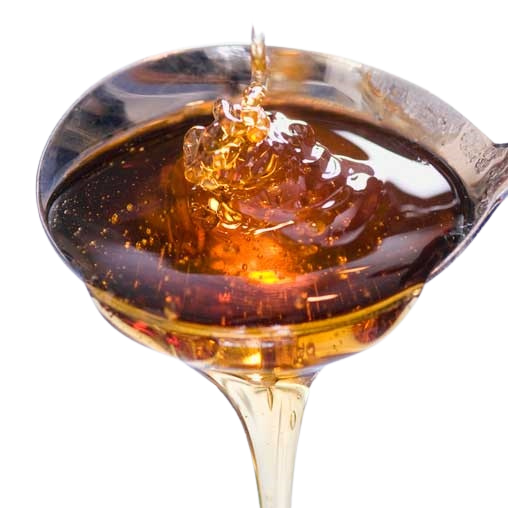 Yacon is native to the Andean region and is known to have been cultivated and consumed since Pre -incas time. It´s only in the few last years that the health benefits of yacon have become known and it has reached the market places of big cities.
Yacon syrup is a sugar substitute.

It is glucose-free, and does not increase blood sugar levels. Because of this, yacon syrup is often recommended as a sweetener to those suffering from diabetes or at risk for becoming diabetic.

The syrup is derived from the roots of the yacon plant, and according to some studies is a good source of antioxidants. The component that gives the roots a sweet taste is Fructooligosaccharide, or FOS. The tuberous roots may be made of nearly 50% FOS, and are believed to be the greatest producers of the saccharide in the natural world.

Because the body cannot process FOS, it passes through the system without leaving behind absorbable sugar compounds. It also is relatively low in calories, compared to most other sweeteners. The process to create it is vegan, and it can be used by vegans who are averse to regular sugar or honey.

Yacon syrup is often compared to molasses, caramel, or honey in taste, with a deep and rich flavor. It easily substitutes for maple sugar or molasses in recipes, and can be used to sweeten beverages. It is typically sold in jars like honey.

Some studies have suggested that yacon syrup may be beneficial to the body in moderate amounts. It contains and promotes healthy bacteria that aid in cleaning the colon and regulating the digestive system. In some countrie os South america, the leaves of the yacon plant are brewed into a tea said to fight diabetes. The health benefits of yacon syrup have not been extensively tested, but information from the published studies suggests a mildly beneficial effect on the body.

For diabetics, vegans and those cutting down on their sugar intake, yacon syrup makes a healthy alternative to synthesized sweeteners. For those looking to increase the amount of natural foods in their diet, it can also be a welcome addition.

Many health food magazines and experts consider yacon syrup a newly discovered wonder food, but further studies must be conducted before truly determining the many claims of beneficial health effects. 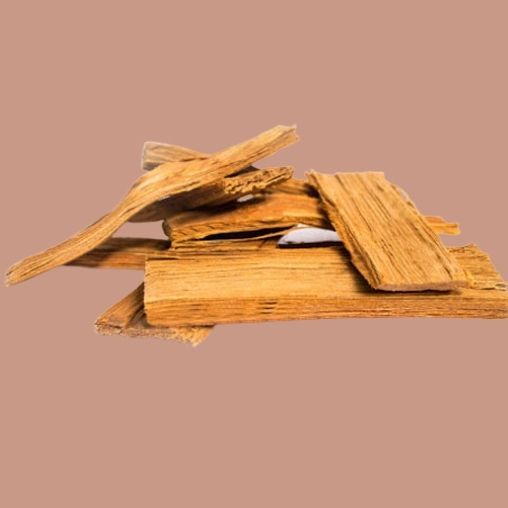 The indigenous peoples Peru have used U. tomentosa for medicinal purposes for two thousand years or more. It is often added to Ayahuasca.

Researchers have investigated the use of the plant by the Asháninka tribe of Peru, who use the plant as a general health tonic, contraceptive, anti-inflammatory agent for the gastrointestinal tract, and as a treatment for diarrhea, rheumatic disorders, acne, diabetes, cancer and diseases of the urinary tract.

In Brazilian traditional medicine it is used against dengue to reduce inflammation.

The parts used medicinally include the inner bark and root, taken in the form of capsules, tea and extract. 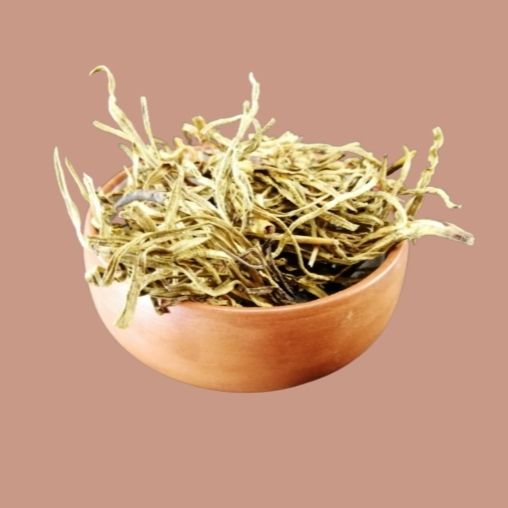 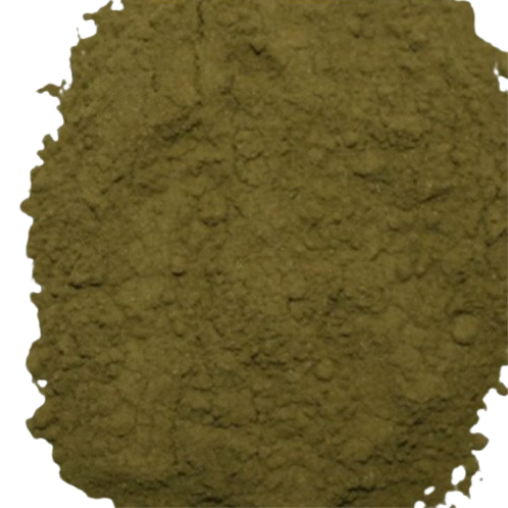 Hercampuri is a plant native to the mountains of Peru, grows between 3,500 and 4,300 meters on the level of the sea. Plant known and recommended by his properties as hepatoprotecting, regulator of the metabolism and reducer of the cholesterol.

Gentianella alborosea, Hercampuri is a plant native to the highlands of Peru, grows between 3,500 and 4,300 meters above sea level. It is an important regulator of fat metabolism, which is why it is used to help reduce obesity.

The word comes from the Quechua Hercampuri “Hjircan Pureck” which means “he who walks from village to village,” referring to doctors of the Inca empire that went from town to town with medicinal plants in their bags used to relieve stomach pain, restore hepatic function, fight fever produced by malaria, purify blood, stimulate the biliary function and as a remedy for obesity.

Hercampuri is known and recommended for its hepatoprotective properties, regulating metabolism and reducing cholesterol.

These effects are due to the amount of bitter that owns the plant, which stimulate the secretion of bile acids and consequently this reduces LDL cholesterol levels, known as bad.

-Help the secretion and excretion of bile

– Leaves and stems: used for your property cholagogue, choleretic, which regulates the metabolism of fats, hypocholesterolemic, diuretic, antimicrobial and antifungal, hypoglycemic, varicose veins, In Ancient times it also used for fever, possibly caused by malaria. 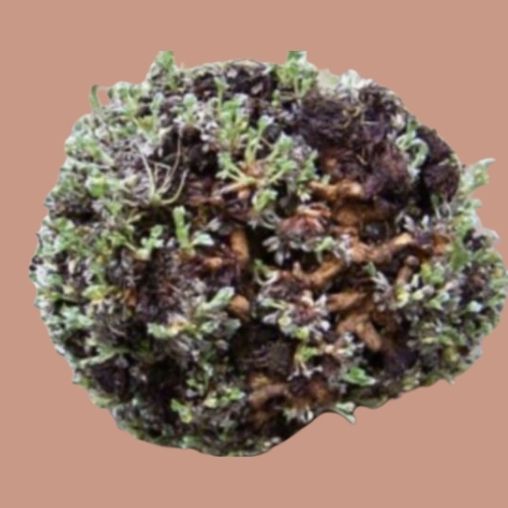 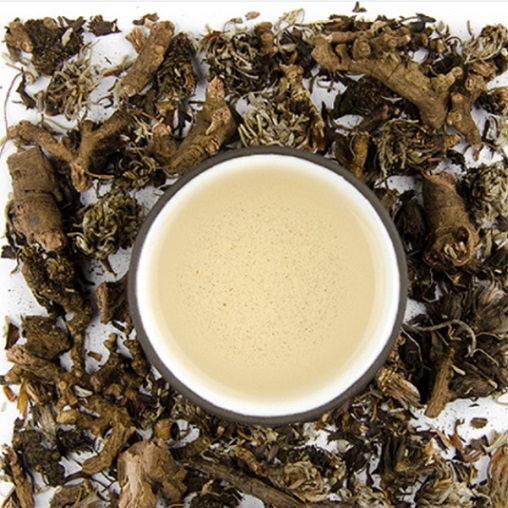 Pasuchaca is a wild herb that grows in the mountains of Peru over the 3,000 msnm. It is a plant that contains great quantity of substances that attribute the property of be a natural hipoglycemic.

– Hypoglycemic, studies indicate that Pasuchaca may interfere with insulin binding to plasma proteins by promoting the use of glucose by the muscle. Also inhibits glucose production in liver cells and hepatic gluconeogenesis.

– Astringent therefore be used in cases of acute diarrhea

– Antioxidant for its high content of carotenoids and flavonoids

-It is also often used to combat chronic diarrhea, cholera infantum, hemorrhages, inflammation of the throat and mouth ulcers. 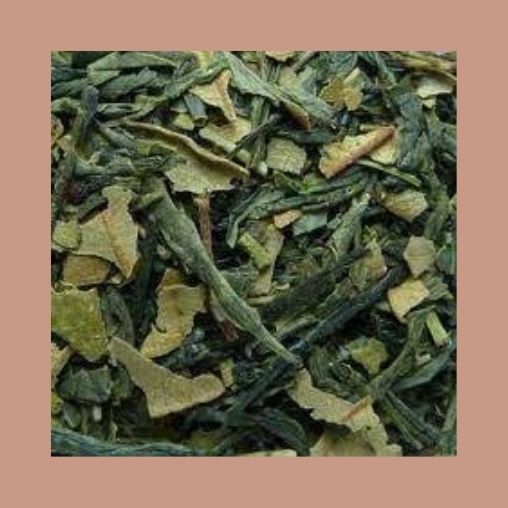 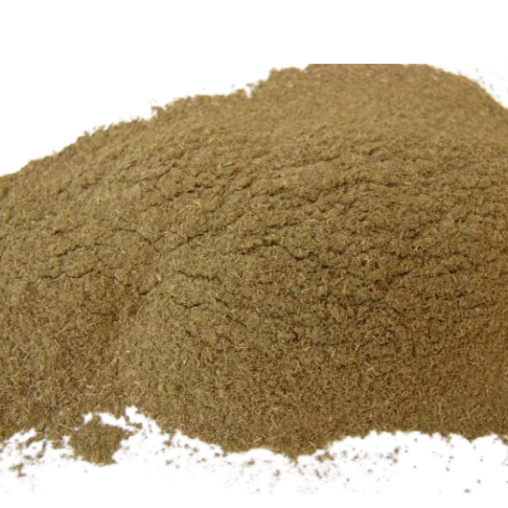 Iporuro is a tree that grown in the Peruvian Amazon. For centuries indigenous peoples of the Amazon have used his bark and leaves for many intentions especially medicinal. It is used against the rheumatism, arthritis and muscular pains.

Alchornea castaneifolia, This tree is cultivated in the Peruvian Amazon. For centuries the indigenous peoples of the Amazon have used the bark and leaves for many purposes, prepared in different ways for shamanic rituals and sometimes part of the ingredients of ayahuasca (a hallucinogenic used by shamans in South America).

Tincture of the bark and leaves are used as local remedy for rheumatism, arthritis, colds and muscle aches.

– For arthritis and rheumatism

– For fungal and viral diseases

– For erectile dysfunction and female fertility 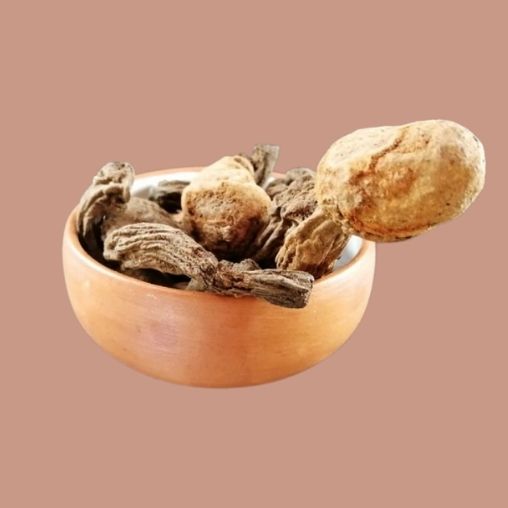 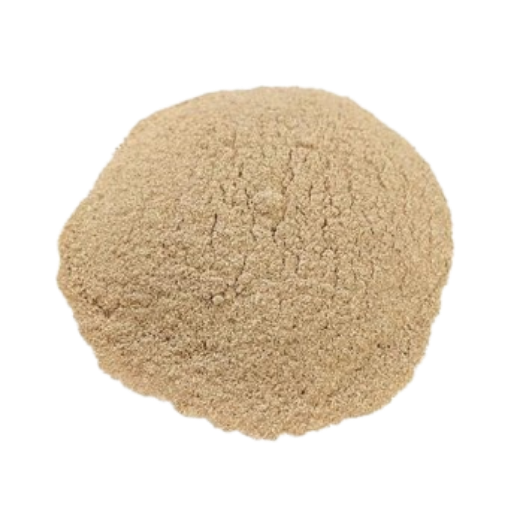 Huanarpo macho also called ” Natural Viagra ” is the fruit of a wild tree that grows in the peruvian amazon. It is used traditionally a sexual stimulant and invigorating.

Jatropha macrantha. The male huanarpo also called “natural Viagra” is the fruit of a wild tree 10 to 12 meters and grows in the valley of the Maranon River (forest) and in the towns of Lampa and Sandia in Puno (southeast).

The ancient Peruvians, after drying in the shade, crushed fruit or did boil. Then they took it as a sexual stimulant and invigorating the long marches of the soldiers or the hard work in building construction. 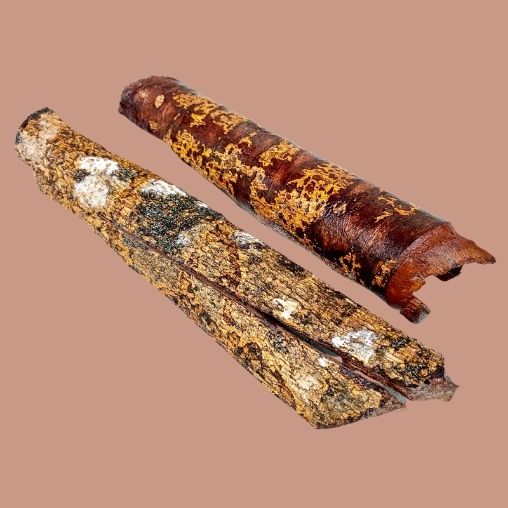 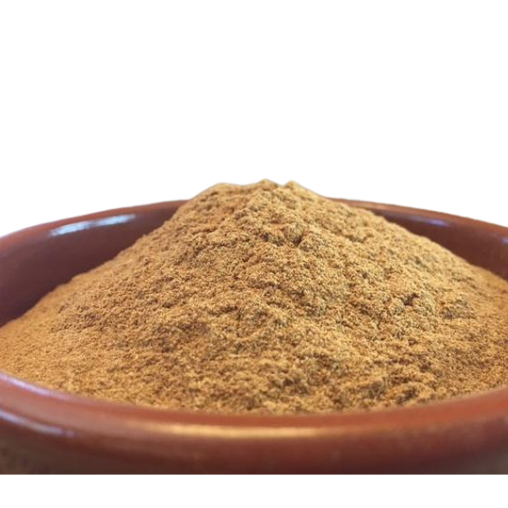 Chuchuhuasi is a native plant of the Amazon rainforest. This species contains medicinal properties that concentrated in the bark. It serves like antiinflammatory and analgesic used frequently in cases of arthritis
Maytenus Macrocarpa, is a plant native to the western region of the Amazon Rainforest.

This species contains medicinal properties that are concentrated in the crust, served as anti-inflammatory and analgesic often used in cases of arthritis. The decoctions of the bark are also beneficial in cases of influenza and hypertension.

-The main medicinal uses attributed to this plant is its powerful tonic, invogarating and energetic.

-It has anti-rheumatic, anti-arthritic, anti-hemorrhoids, anti-tumor (leukemia) properties, also is used against cough, bronchitis, numbness in limbs, treatment of the fissure of the nipples, female infertility, postpartum tonic.

-Analgesics (pain-reliever), muscle relaxant, anti-inflammatory for arthritis, for rheumatism, back pain and acts as an aphrodisiac for loss of libido (male and female)

– Acts as a general tonic (strengthening the general functions of the body) and stimulates the immune system.

– It is considered an excellent insect repellent 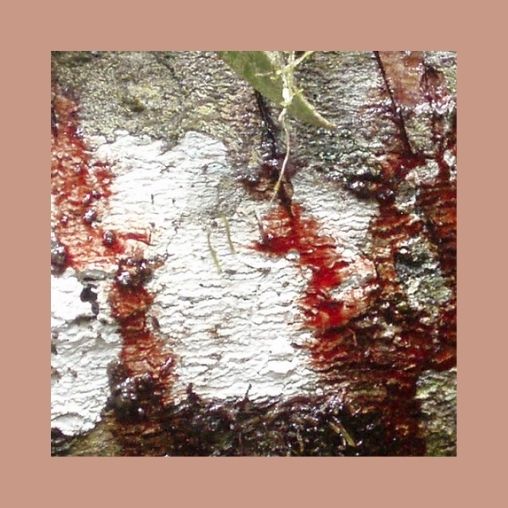 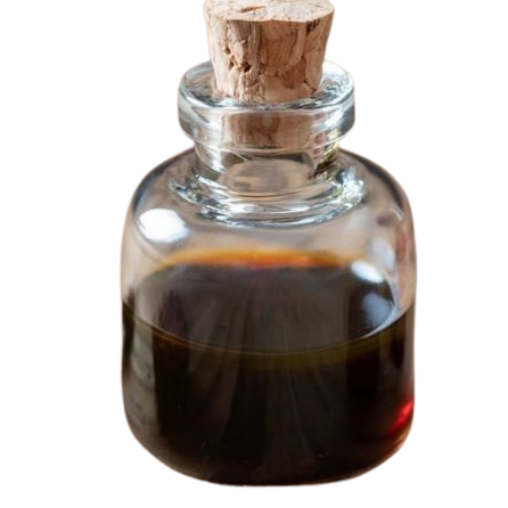 Iporuro is a tree that grown in the Peruvian Amazon. For centuries indigenous peoples of the Amazon have used his bark and leaves for many intentions especially medicinal. It is used against the rheumatism, arthritis and muscular pains.

Alchornea castaneifolia, This tree is cultivated in the Peruvian Amazon. For centuries the indigenous peoples of the Amazon have used the bark and leaves for many purposes, prepared in different ways for shamanic rituals and sometimes part of the ingredients of ayahuasca (a hallucinogenic used by shamans in South America).

Tincture of the bark and leaves are used as local remedy for rheumatism, arthritis, colds and muscle aches.

-Antiviral for the content of SP-303 principle, an oligomeric proanthocyanidin of antiviral action.

– Analgesic especially for the treatment of stomach ulcers, chronic gastritis, cirrhosis of the liver and internal injuries.

-In topical use dragon’s blood helps to disinfect wounds and fight to herpes simplex. It is also used as an antiseptic vaginal and mouth sores.

-In internal use Dragon´s blood is used to protect and repair the gastrointestinal mucosa. Effectively combat the action of intestinal bacteria Helicobacter pylori, responsible for many ulcers, the alkaline environment where they thrive and thus hinder their reproduction. It is also indicated to mediate gastric and intestinal infections in gastroenteritis, gastritis, ulcerative colitis, diarrhea and irritable bowel syndrome. In such a case can be taken directly or latex extract, 3 drops three times daily.

-For external use is intended to relieve burns, dermatitis, bites and skin ulcers