The great properties of Peruvian Supergrains were the main reason for their ancestral consumption and their worldwide expansion.

Coffee and cocoa are unique, aromatic beans that come from different climatic conditions, the same ones that give them unique sensory characteristics.

Quinoa, amaranth, and cañihua are recognized for their excellent balance of proteins, fats and starch, as well as for their high degree of essential amino acids.

Learn how to prepare our Super Grains 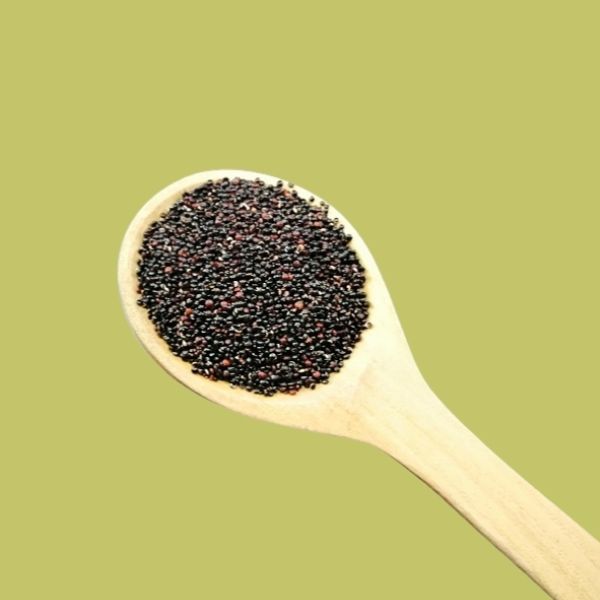 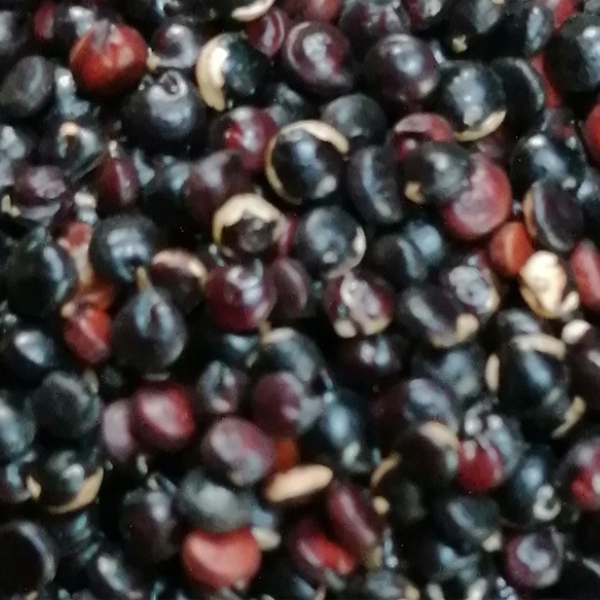 Quinoa is the Andean crop of major nutritional importance. Quinoa has the major proportion and better proteins respect of the rest of cereals. Also quinoa is rich in fatty acids and minerals.

The quinoa is a grain from Chenopodiun quinoa specie, which is distinguished for being covered with a bitter substance called SAPONINA. The quinoa has a high level of LYSINE, and aminoacids that is not so common in nature. It has all the essential aminoacids, especially ARGININE and HISTIDINE which are very important during childhood.

The quinoa has in average 13% of proteins, making this Andean crop the most nutritionally important. The quinoa has the highest and best proteins of the rest of cereals and is rich in fatty acids and minerals (is source of vitamin E and vitamin B complex).

This Andean cereal was the traditional Inka’s food. It is cook rapidly and its flavor is light and slightly crusty. Usually the quinoa is consume in breakfast, as snack, in soups among others.

– Doypacks x 1lb or according requirement 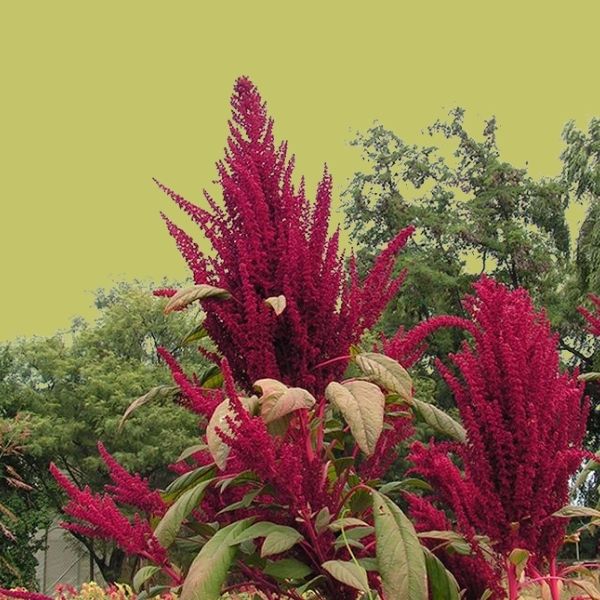 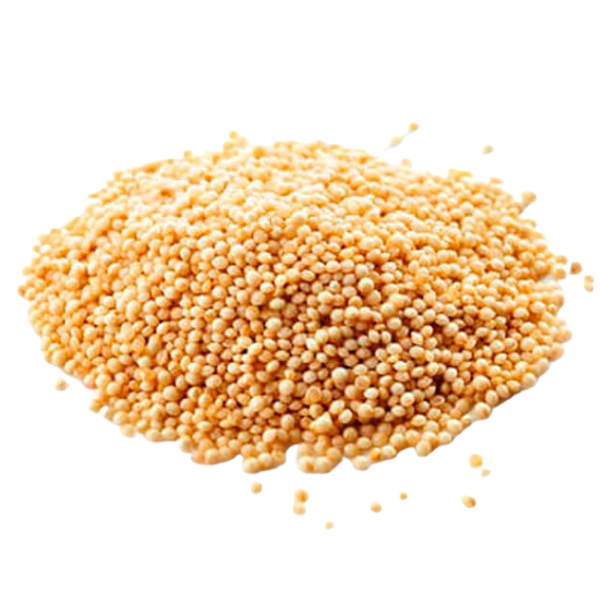 Yacon is native to the Andean region and is known to have been cultivated and consumed since Pre -incas time. It´s only in the few last years that the health benefits of yacon have become known and it has reached the market places of big cities.
Yacon syrup is a sugar substitute.

It is glucose-free, and does not increase blood sugar levels. Because of this, yacon syrup is often recommended as a sweetener to those suffering from diabetes or at risk for becoming diabetic.

The syrup is derived from the roots of the yacon plant, and according to some studies is a good source of antioxidants. The component that gives the roots a sweet taste is Fructooligosaccharide, or FOS. The tuberous roots may be made of nearly 50% FOS, and are believed to be the greatest producers of the saccharide in the natural world.

Because the body cannot process FOS, it passes through the system without leaving behind absorbable sugar compounds. It also is relatively low in calories, compared to most other sweeteners. The process to create it is vegan, and it can be used by vegans who are averse to regular sugar or honey.

Amarantho is an Andean cereal that is used in the making of granolas, nougat, and other snacks of high nutritional value. Amarantho flour is typically used to make bread, soups, stews, pancakes, and porridge.

The red colored variety of this grain contains a natural dye called betalaine, and serves as an ecological substitute for synthetic dyes.

Contains 15 to 18% protein, while corn, only reaches 10%. Moreover, the seeds contain a high value of amino acids such as lysine. Amaranth grain has a content of calcium, phosphorus, iron, potassium, zinc, vitamin E and vitamin B complex.

The amaranth grain flour is suitable for the preparation of bread, with or without combination of other ingredients. As grain, flour, grain toast or pancakes, amaranth is used in both soups and stews like pancakes, porridges, breads and salads. Of the red variety is extracted betalaine, which is obtaine, a tinge of color.

This as opposed to synthetic dyes, non-toxic making it a promise for the dye industry.

Amarantho is an Andean cereal that is used in the making of granolas, nougat, and other snacks of high nutritional value. Amarantho flour is typically used to make bread, soups, stews, pancakes, and porridge.

The red colored variety of this grain contains a natural dye called betalaine, and serves as an ecological substitute for synthetic dyes.

– Doypacks x 1lb or according requirement 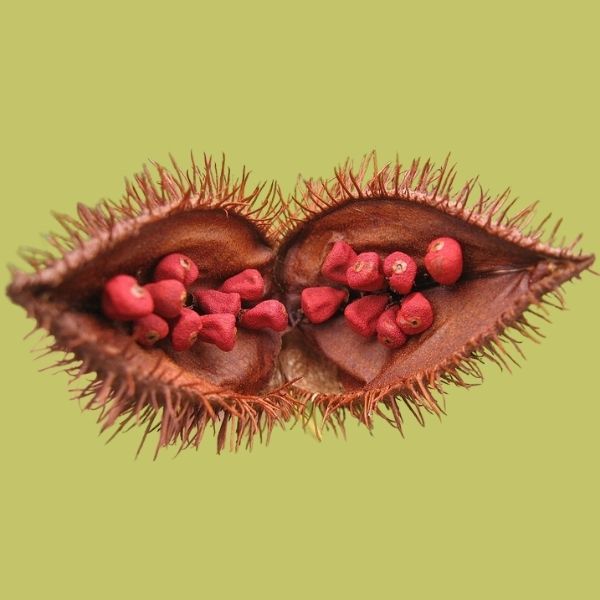 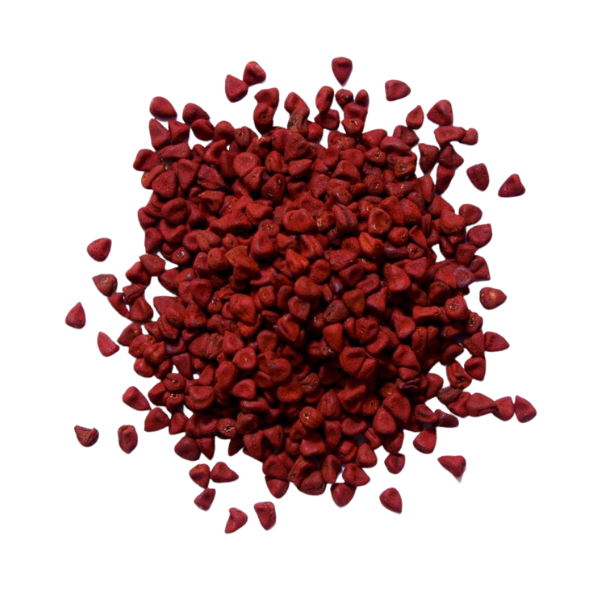 Peruvian Annato is the first one in quality and the second major production in the world.

Quality of the annato is measure by the amount of bixina (dying substance) the product has. Peruvian Annato /Achiote from has about 2.3 % to 3.2 % of bixin in its composition (outstanding quality).

– As a cooking condiment for straight human use

– Industrial application (Uncleanned), where bixin is use for the manufacture of cheese, butter and chocolate. Is also use or paint and soap industry. 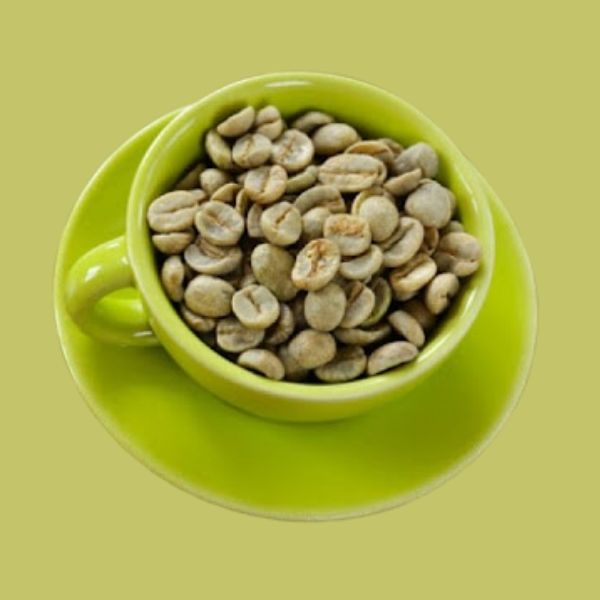 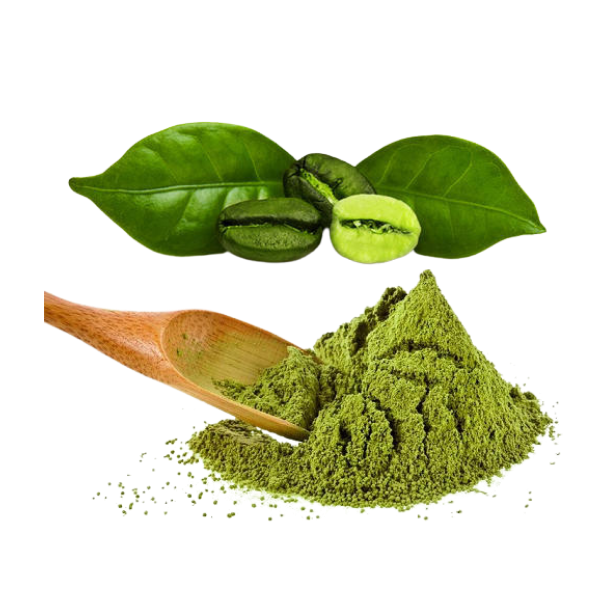 Coffees from Peru are known for their delicious taste, excellent smell and good acidity, this due to the variety of combinations of climates, soils, rainfall and sunlight, which is a perfect place for the coffee crop.

We work with Coffee farmers from Chanchamayo valley in the central region of the country on the western slopes of the Andes Mountains in the renowned high green mountain at elevations of about 1,600 meters above sea level and higher.

Chanchamayo coffee exhibits a medium (occasionally light) body with a moderate to bright acidity and delightful flavors and aromatic qualities.

The taste of a fine Chanchamayo is smooth and delicate, and very well-balanced with nutty and chocolaty tones and a sweetitrus taste in both the flavor and aroma as well as the pleasant finish/after taste. The taste is soft and sweet. 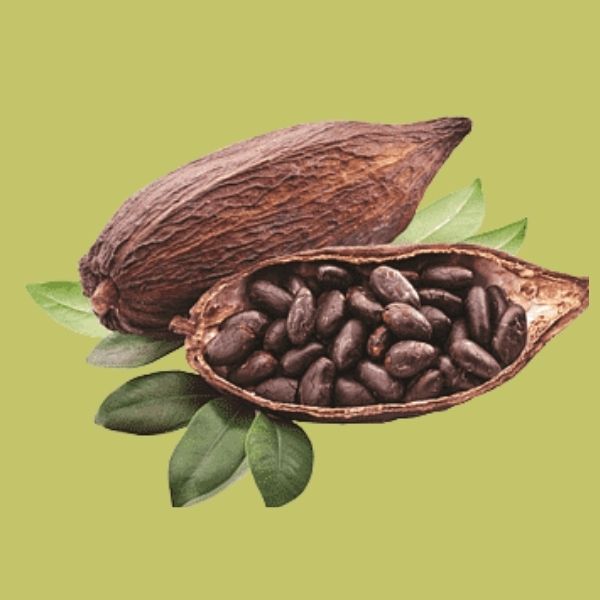 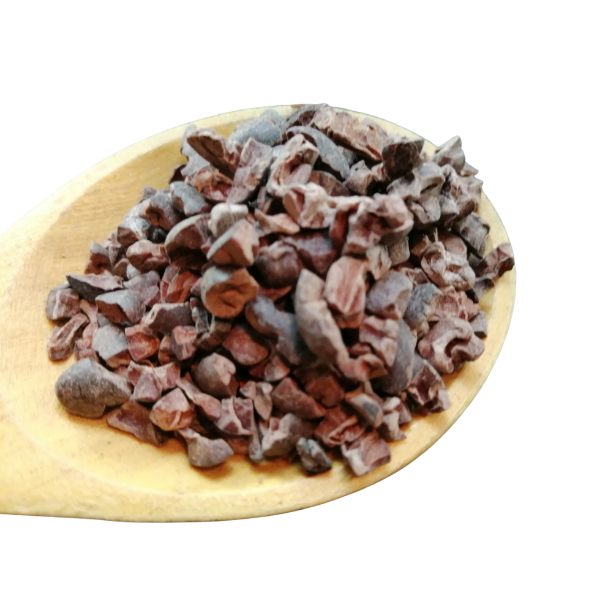 Cocoa in Peru is the aromatic type, characterized by its high fat content, which gives a high commercial value in the international market.

Theobroma cacao L. is the scientific name receiving the cocoa or cocoa tree. Theobroma, in Greek, means “food of the gods.”

Cocoa is a plant native to America that has been prevalent in the world as a raw material used for cultivation in various agro products (cocoa liquor, cocoa butter, cocoa mass and cocoa powder) and chocolate. 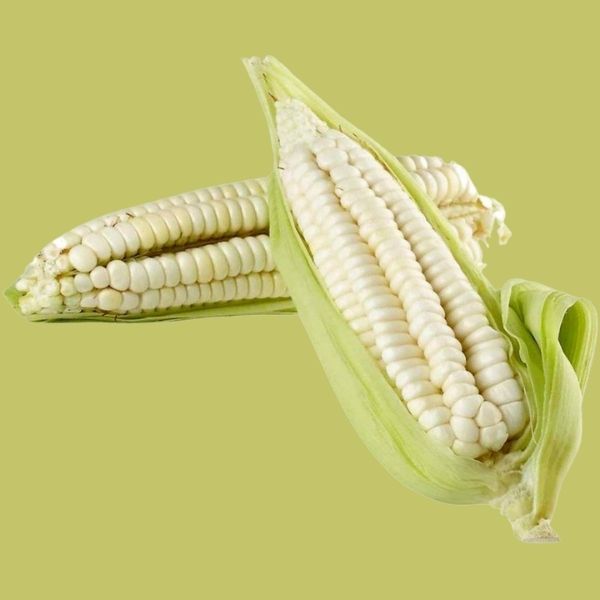 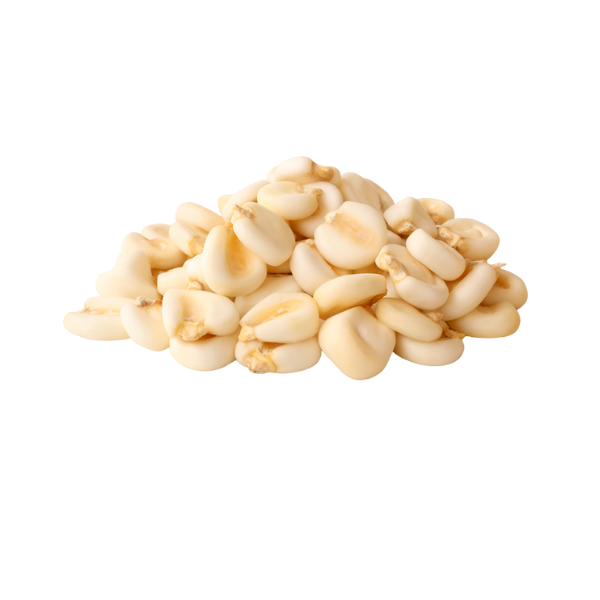 Cuzco giant corn is a corn characterized by exceptionally big size of its grains that are of white color, of circular flat form and his texture is floury and soft. It is very estimated all over the world for its high protein content.

Zea mays L. St Amilaceáea starchy corn is characterized by exceptionally large size of its grains are white, round and flat and smooth texture is mealy. It is much appreciated worldwide for its high protein content.

Maize is a giant Cuzco corn grown in the Sacred Valley of the Incas and because it is a variety grown only in the world in the town of Cuzco is referred to Cusco.

-In general, any type of corn can be consumed from its milky state to tender or hard and dry.

-In its tender state to be consumed is required to be cooked in water, accompanied by herbs (fennel, anise, etc..). After an hour of boiling, eaten alone or served with cheese, butter, chili (chile) and accompanying variety of dishes.

-In its first stage of formation, is prepared in the form of pickles as a snack.
The state of durum wheat is consumed as a “nickname” or “ground” for the preparation of tamales, cakes and soups.

-In the dry state is used as whole “roast” or “court” or ground into flour of different grades, and semolina, polenta for the preparation of máchicas, breads, cakes and biscuits. It is sold by weight and the grain is usually called “corn field”. 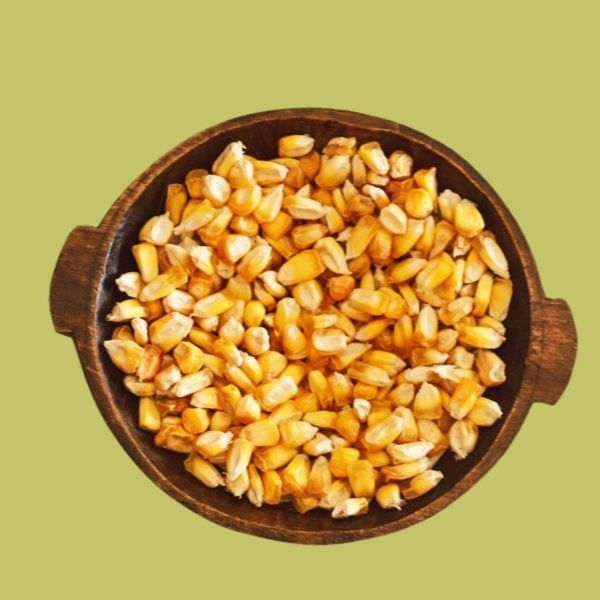 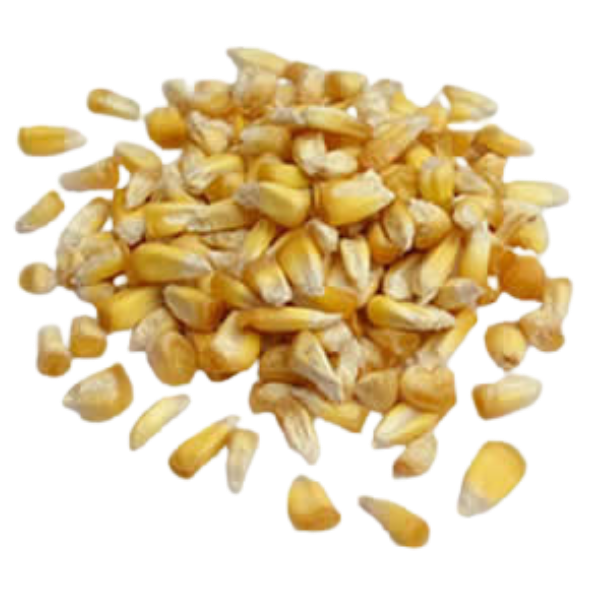 Chulpi maize or sweet corn chulpi is an original crop of Peru. It is very appreciated as special snacks, It is very estimated as snacks specially, that is the fried, cooked or roasted grain and can be added to vegetable salads and various dishes as accompaniment.

Corn is a crop native to South America (specifically chulpi corn is native to Peru) where was the staple long before Europeans arrived in the New World. Besides food, the grain became reflected in the artistic expressions of indigenous cultures. Corn “sweet chulpi court” is about 0.50 to 1.00 cm long swells and roasted sugar content.

Chulpi corn moisture must be reduced to 13%, using a conventional drying process grains. This product is kept in a dry place without refrigeration. The chulpi is high in carbohydrates and protein.

Currently the main chulpi prepared to be marketed in the international market is the grain fried, cooked or roasted in vacuum packed bags for the market segment “snacks”. It can be made chulpi flour, dehydrated or dried beans.

The dry chulpi purchased and consumed fried in oil or Teflon, roasted, cooked, you eat spicy, hot or cold. It is prized as special snacks, can be added to vegetable salads and various dishes as an accompaniment. 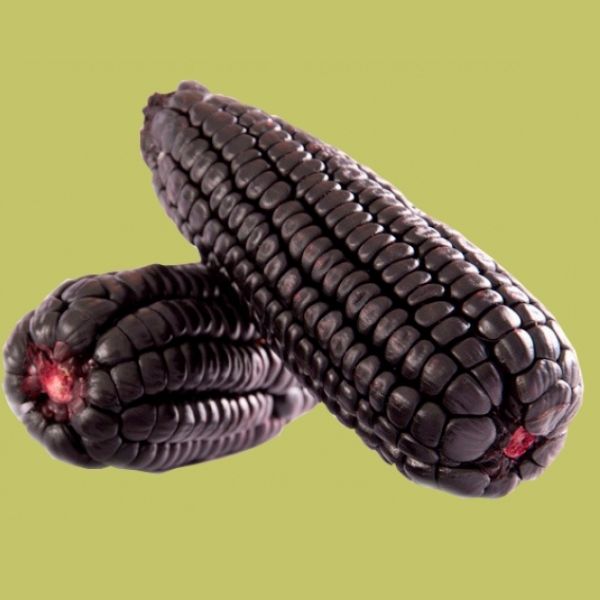 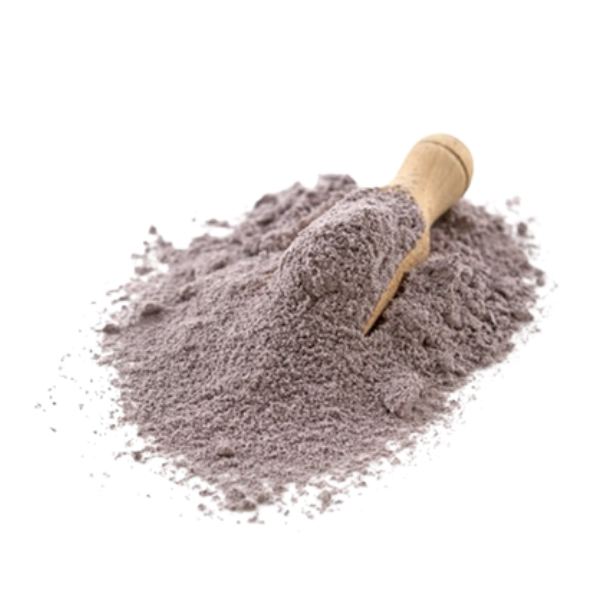 Purple corn is a variety that is grown exclusively in Peru and Bolivia. It has a dark purple color and intense color due to its content of anthocyanin, cyanidin 3 b glucose. It is used in drinks and desserts, the most traditional uses are “chicha morada “and” mazamorra morada “.

Zea mays. Purple corn is a variety that is grown exclusively in Peru and Bolivia, has a deep purple color and intense due to its content of anthocyanin, cyanidin 3 b glucose, which is a natural dye used for hundreds of years to make beverages and desserts . Their colors range from reddish purple to dark purple.

-The latest reports show that this variety of corn so special feature of the pigment has called “anthocyanin” avoid the appearance of large intestine cancer, information provided by the Japanese daily Mainichi Shimbun, this pigment increases heart health, improves blood circulation and protects the heart, in addition to antioxidant properties.